WHEN YOUR BABY GOES VIRAL!

I’m sure most of my loyal followers are sick of me and Aria but listen y’all when your baby goes viral it’s just too exciting and honestly her pictures are just too darn cute to not continue to share! So here’s the backstory!

Lynn Puzzo of Lynn Puzzo Photography put out model call for 9-12 month old baby girls in April! She had this amazing theme she wanted to shoot that she had never seen done before! She got the theme from her love of Starbucks!  She thought Starbucks and a cute baby what’s not to love! Lol 😂 I had just started following her because I ran across one of her newborn sessions and I was IN LOVE! Well anyway I entered Aria in her model call and SHE WON!

Fast forward to May! I made sure Aria had a bottle and snacks before the hour drive to Lynn Puzzo Studios. When we got there the set up was so ridiculously cute! The cake made by Santini Mini Sweets  was so adorable and pretty delicious according to Aria! Aria literally ate the cake and danced the whole way through the shoot! The crazy adorable outfit is by an online boutique called Ritzy Baby.

Since first sharing these photos online, the photos have gone viral (!!!) and Lynn Puzzo & Aria have been featured on: PopSugar & PopSugar Family, Romper, Cafe Mom, Parents Magazine, Mom.Me, Red Tricycle, YAHOO, Fox29, ON AIR (!!!) on Good Day Philadelphia, and on Good Morning America! The session has also appeared on many IG accounts!

I have received so many messages about Aria being a brand model and I’m looking at them all! If you are interested in booking Aria click HERE.

Is your baby’s birthday coming up? Lynn is scheduling cake smash sessions through the end of 2019! Sessions should be scheduled at least 30 days in advance for deluxe styling!

Contact Lynn to go over the details, and begin planning your baby’s theme!

Have you ever done a themed cake smash shoot?! If not book your baby one you will not regret it!!! 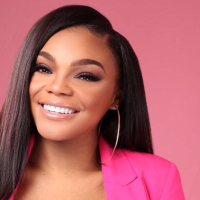